There’s a special place in Perak, Malaysia called Pulau Sembilan. Where you can see “blue tears” wash up on a beach, creating an unearthly spectacle in the dark!

You can read about what blue tears are. And what the tours are like in this post!

What are Blue Tears?

Wait, but what is blue tears?

Blue tears is a type of algae (Noctiluca scintillans) in the sea that is bio-luminescent.

With deliberate water movement, their fluorescent blue glow is especially prominent. Another name for them is sea sparkle.

You can’t go to the island on your own because it is privately owned and you would first have to apply permission for it. Something we could not find much information on.

And you would have to find your own boat too!

So visitors used to be able to see this unique phenomenon in Pulau Sembilan conveniently via full-package tours!

However, they don’t let visitors stay on the island anymore due to over-tourism. This announcement came out around April 2017.

This did not happen and there is still no sign of any confirmed date of when the overnight or day island tours can resume.

Where to see Blue Tears in Malaysia

But if you still want to see blue tears:

You can see the blue tears at Kuala Selangor too!

The jetty at Sky Mirror Kuala Selangor provides a boat ride service. The boats will cruise along the Selangor River. Taking you out to sea at night.

It is about an hour’s ride from the jetty.

They will show you the plankton by scooping some up in a net.

For more information about the available tours to see the elusive blue tears (together with another Malaysian treasure, the Sky Mirror of Kuala Selangor):

or Check best price on Wonderfly

When to see the blue tears at Pulau Sembilan

We managed to see some blue tears but definitely not as much as we had expected. Based on some other blog posts we had read.

It depends on the time of year too.  Apparently, there are more around June and November.

TIP: Don’t go during the rainy season, there are less blue tears then.

For our overnight experience in Pulau Sembilan (translates to 9 Islands), keep reading:

There are two tour groups that can be contacted easily through Facebook (they conduct their business in Mandarin though).

We took NineIsland but we would recommend IceStar as their side of the island seemed to be better managed.

These groups typically offer 2D1N packages that include food (=Seafood), transport to and from the island, and a snorkeling excursion.

And last but not least, accommodation in the form of a camping tent with minimal bedding.

They do have more comfortable tents with fans and mattresses but those are limited.

There is a limit to how many people can stay on the island so you MUST book early (minimum 1 month ahead), especially during public holidays.

Here are the Pulau Sembilan packages:

Driving from Ipoh, we had to start at 5-6am to reach Bagan Datoh (Update: now officially renamed Bagan Datuk) by 8am for the boat departure.

For your information, the tour will send a Waze location via a Whatsapp group chat.

Read also: Nearby places you can visit – Ipoh road trips

You will come to the cross junction of Kampung Sungai Burung as shown in snapshot below.

The route is marked in blue (thanks to Google Maps) and this will be the same route no matter which direction you come from.

You might be coming up from Kuala Selangor (for the fireflies and the Sky Mirror) or even Sekinchan for the epic green rice fields.

As you can see, we needed to turn left to reach the meeting point. The entrance takes you quite deep inside a field through a one-way lane (oh joy).

A car park and one simple building are the landmarks that indicate your arrival to the gathering point for the Nineisland tour.

Note: The meeting point for the IceStar agency is further inside the village.

Nine Island meeting point for the tour to Pulau Sembilan

Upon entering, the building has a simple lobby and shower facilities too. Here, payment will be made in cash and they will confirm the number of passengers.

The dock is in the village so we need to walk a bit (<1km) before we reach the jetty. There are a lot of seafood restaurants here too.

Because the tour group don’t wait for latecomers:

Please get there on time! A life jacket will be given to each passenger and there will be ~10-15 people to a boat.

The journey is a bit bumpy but we enjoyed it. Think it took 30-40 minutes or so before we could see the islands.

The main island is  divided between the tour groups – IceStar and NineIslands. However, nobody will stop you if you cross over so feel free to explore.

On the left (picture above), is the NineIslands side.

On the right, is IceStar’s.

This side of the island will flood worse during the night which is why they have those green metal sheets as a barricade.

But the shared toilets are on NineIsland’s side of the island and we suspect that the toilet waste gets into the seawater once the tide is higher. Gross.

We also suspect that they exceed the limit of the number of people allowed to visit this island. Since every possible sleeping space is occupied.

Maybe it’s because the other side always seems to be greener or, the waste management at IceStar is just better.

They diligently clear up the bottles and trash thrown around the beach by thoughtless and selfish people throughout the day. Whilst the other tour agency just cleared the majority of the trash, right before a new tour group comes in.

At low tide, it’s possible to walk to the next island starting from Icestar’s allocated side of the island.

TIP: Protect your feet with sandals while wading in the shallows. The rocks are quite sharp here. We didn’t notice the cuts on our feet till we went back home the next day.

The tour agency brought us out to another island to do some snorkeling. We literally get off the boat, and right into the water.

There were a few people that were terrified of this but don’t be. A life jacket is provided and they have people on the boat who are ready to jump in and help in case you need it.

TIP: The water is VERY salty – do make sure your snorkel mask is tight. If you have a small head, make sure to bring your own as they only have them in free size.

The water was too murky to see anything – possibly because of all the motion in the water.

Try to be the first down in the water before the rest jump in so that the water is still clear. There are some big fish but they’re very good at hiding among the rocks.

Before we headed back, they stopped to allow people to make some prayers to sea deities. And also to feed some wild pigs (boars, more like).

The pigs actually expect the boats during that time and will make their way out of the jungle and to the shore. Totally fearless of humans. They will even accept hand feeding.

By the time we got back to the mainland, showered and had lunch:

The tide was quite high and we really enjoyed swimming or swinging while dangling our feet in the water.

For want of a dry land-based activity, there is a short trek to hike up to the peak of this island.

Take a swim in the evening when high tide comes in. There are floats for rent too but only a few. Or you can bring your own.

Some people even bring out the plastic chairs from the dining area and wedge the feet of the chairs into the sand. This way they can sit and soak in the water at the same time.

Don’t expect to see much of the sunset as it’s on the other side (IceStar’s) of the island. Everyone flocks there after the steamboat dinner.

Stroll along the beach at Pulau Sembilan

The first blue tears only start appearing at 8pm or so. The peak is around 10pm.

In the meantime, there will be alcohol and karaoke. Lots of it.

There will be plenty of crabs running around the beach too.

If you were to search up more photos of Pulau Sembilan online:

You will come across some very beautiful photos of the blue tears and also a starry night sky.

We had the full moon instead:

We walked along the water’s edge around 8pm and sure enough, saw the little blue lights in the water.

There weren’t many and the lights go out fast! A few seconds after hitting the sand. We only have one decent photo (below) so here you go.

We spent some time chasing them, then decided to get some sleep and check if there were more later.

Around 10pm, there weren’t more of them. We could however, sense a storm coming in so we retired to bed and soon, woke up to the sound of a raging storm!

If our tent hadn’t been moved from the original spot earlier in the afternoon, we’d definitely be submerged.

The water level had reached the picnic tables and dining area. It’s hard to describe the storm’s fury in words. Eventually though, we fell asleep.

Got up early to see this.

We had some breakfast and hung around the island some more. The boats were supposed to pick us up later. Queue up if you’re in a hurry.

Gonna end the post here as the journey back was not very eventful. We enjoyed our trip despite not seeing a lot of “blue tears”. =)

We might consider going again to see more blue tears.

The islands are also beautiful. It’s a pity that poor management and irresponsible tourists have let do over-tourism.

Hopefully, a couple of years will be enough to clean up and restore the islands.

Would you want to stay overnight at Pulau Sembilan? Leave a comment below.

Here are some other articles you might find useful: Monkey Beach Penang goes by a few names. This is the same beach as Penang National Park Monkey Beach, Monkey Island or Teluk Duyung in Malay. It gets its name… There are plenty of things to do in Kuala Selangor in 2021 for a day trip! In fact, most of the activities listed here can be found very close to… Sekinchan is a small town (in the Malaysian state of Selangor) that is one of the main producers of rice in Malaysia. Earning it the nickname of “The rice bowl… 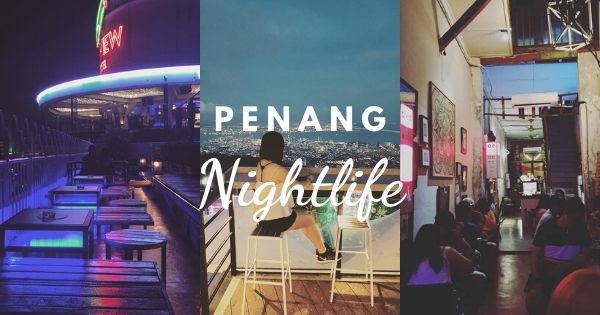 Note: This place is temporarily closed. Somewhere in Perak is Bukit Merah Orangutan Island Malaysia . This is a rehabilitation center of 35 acres just for orangutans! Which means you…